These are several identities that we designed for an identity design contest for Sofia Architecture Week 2013. 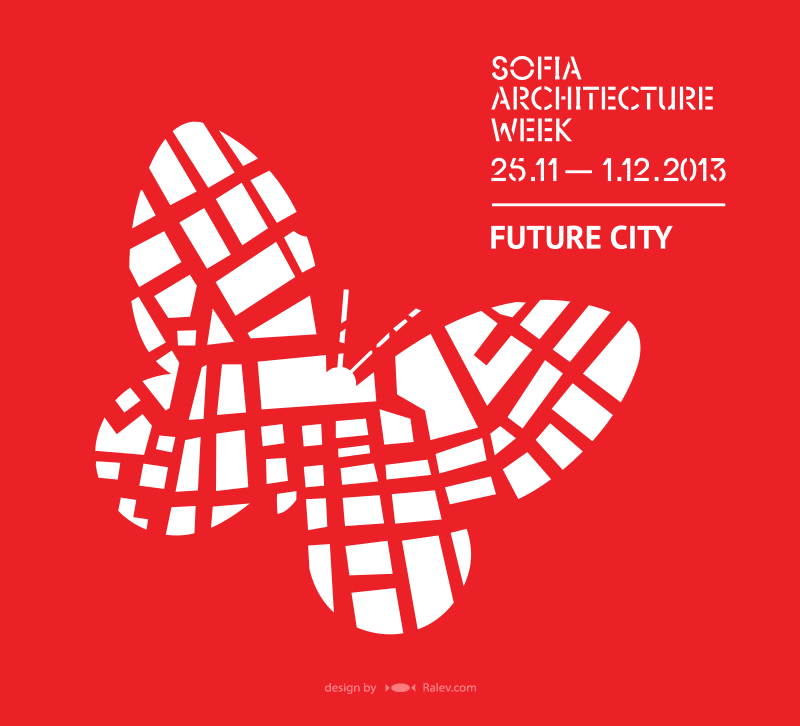 One idea. Waving wings.
One idea … enters with the power to change minds.
City of future is a place for people with ideas, sense of responsibility and motivation to change the environment for better life.

SAW 2013 shows how the butterfly effect can happen in small steps, but with perseverance and tenacity to something big. 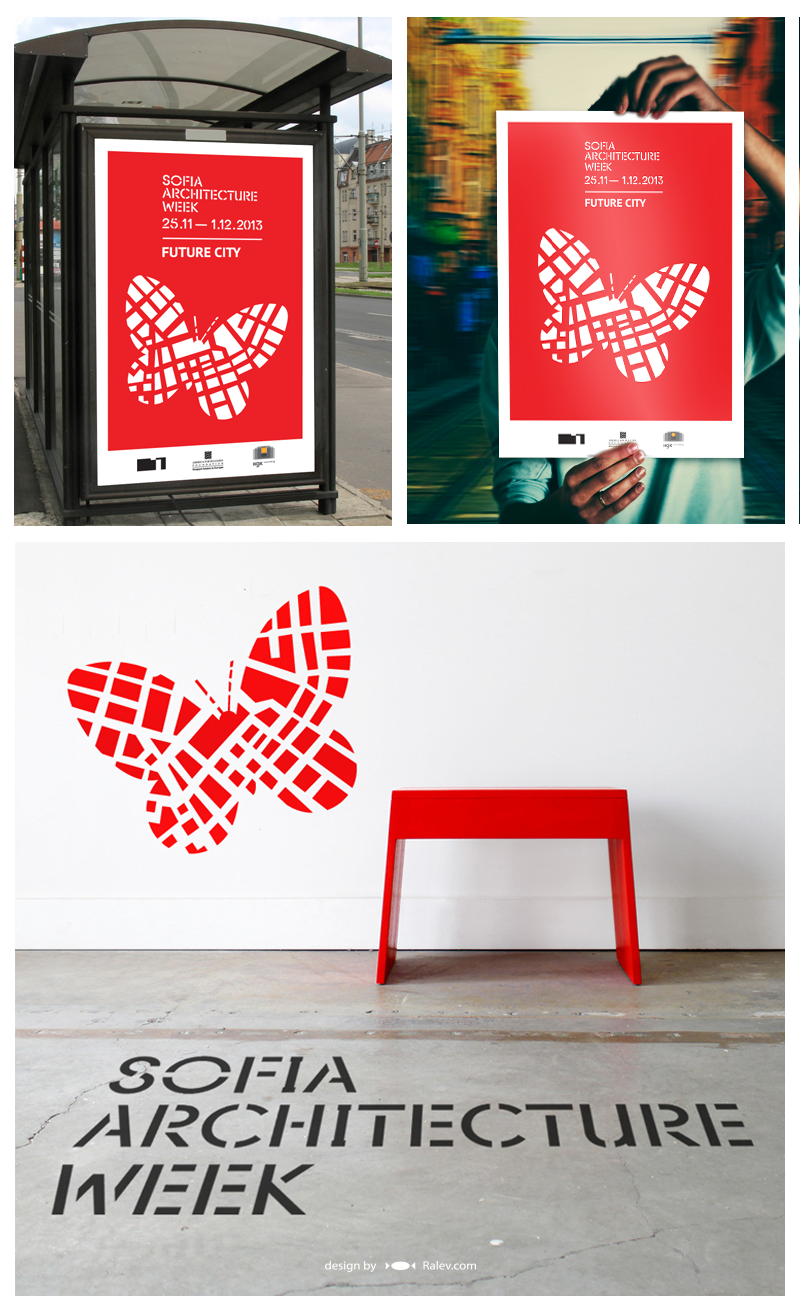 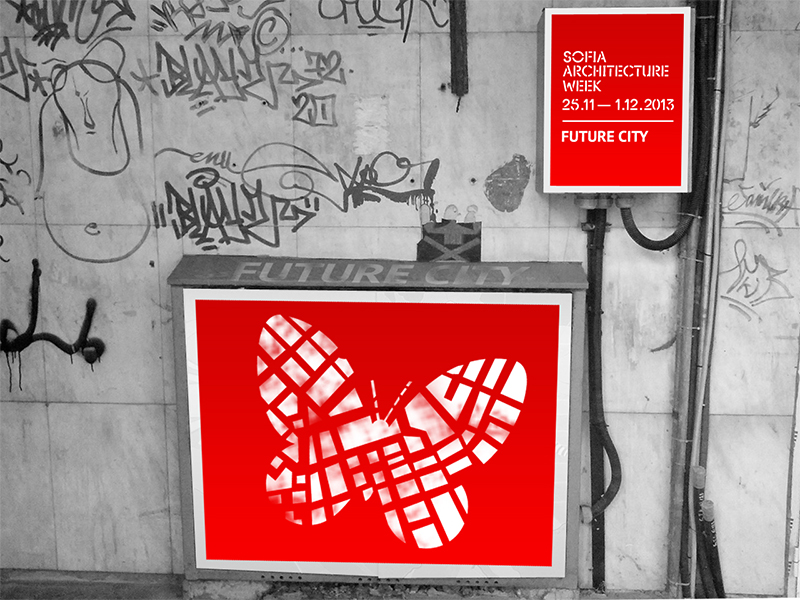 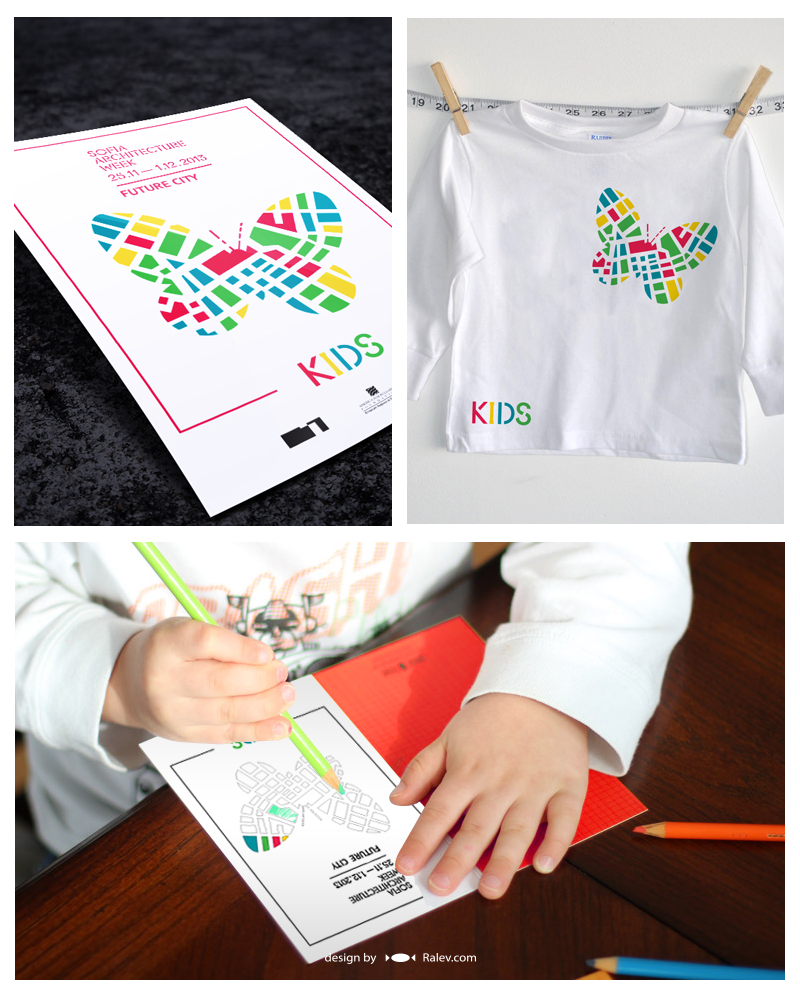 SAW Kids Identity – the butterfly is made of blank forms for coloring – a nice activity for children. 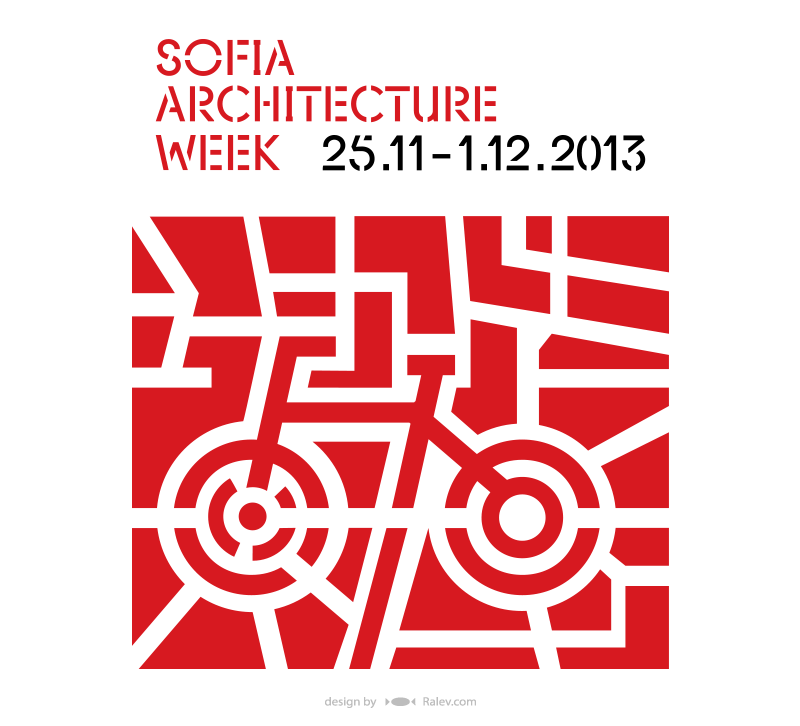 The image of bike is a symbol of the modern lifestyle of the man in harmony with the nature. Biking passion is gaining greater these days and its followers  are energetic, socially engaged and responsible. The way to change the city environment starts with the people and their way of living.
The image of bike depicts part of the city seen from a bird’s eye. Our goal is to show people this new way of thinking and provoke them to identify themselves. 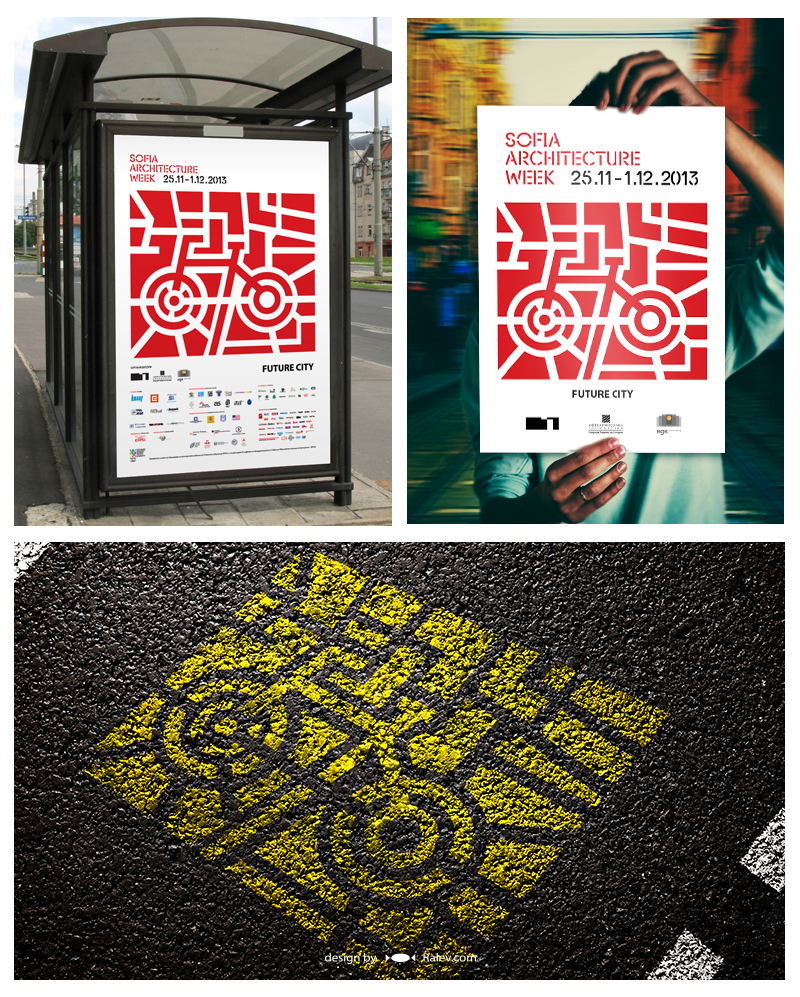 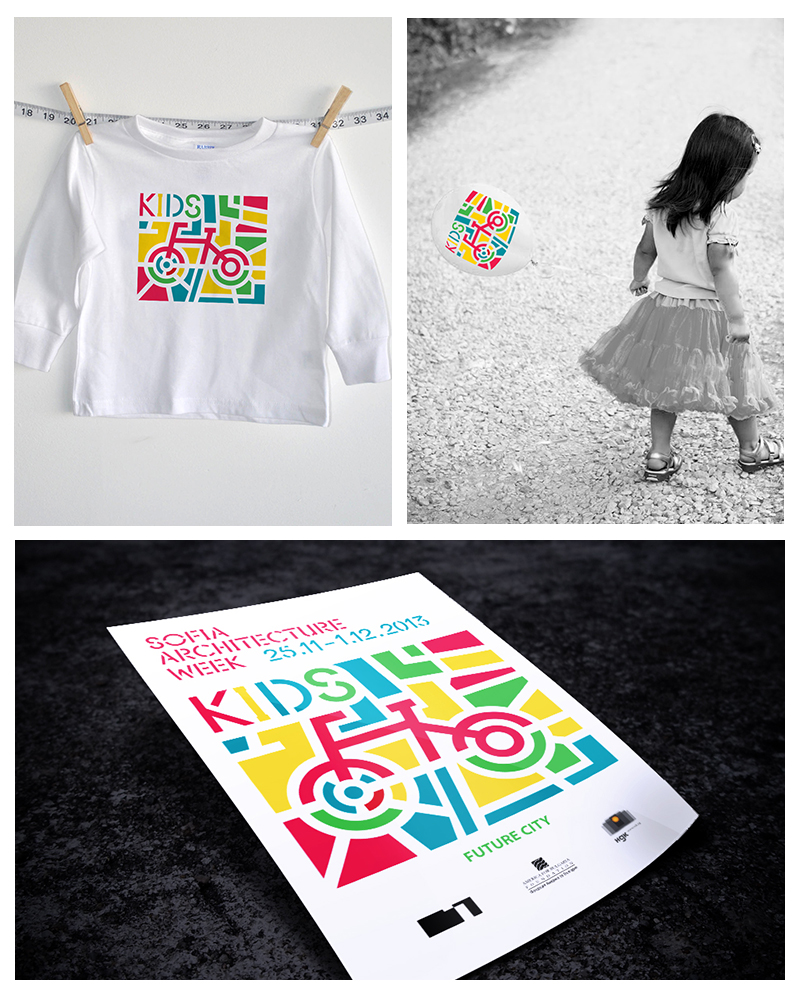 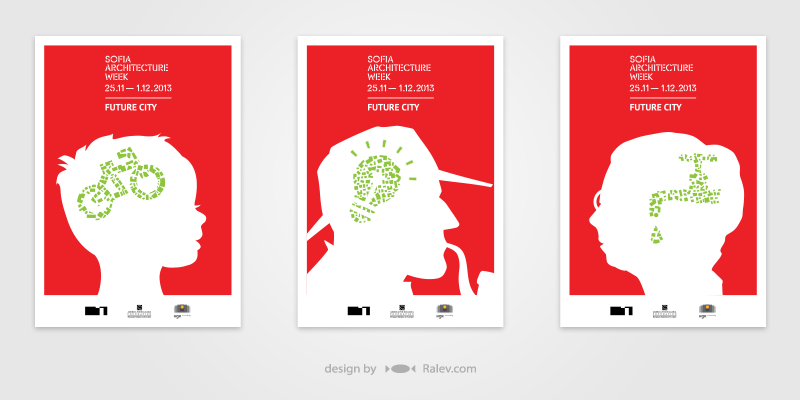 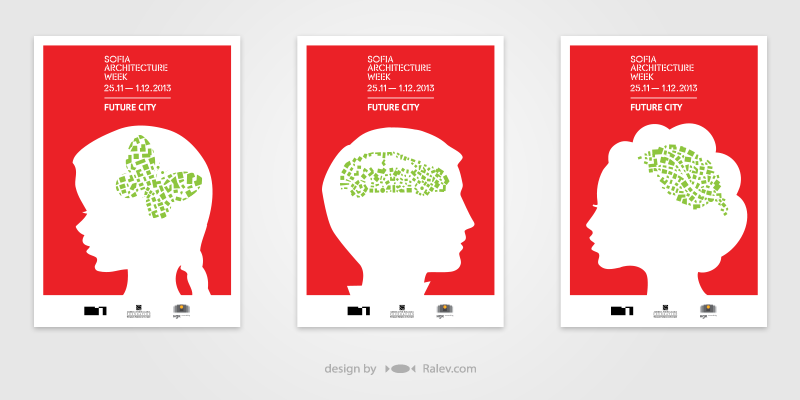 The city of the future exists. It is in the minds of the people who live in it. Men, women, children and adults – we all engage in the development of the city as it is. The concept is built up of different aspects that concern the population.
They are represented by pictogram background silhouettes of various representatives of the city. They are made up of many small elements which represent the idea of uniting people and bring them together in building the city they want to live in. 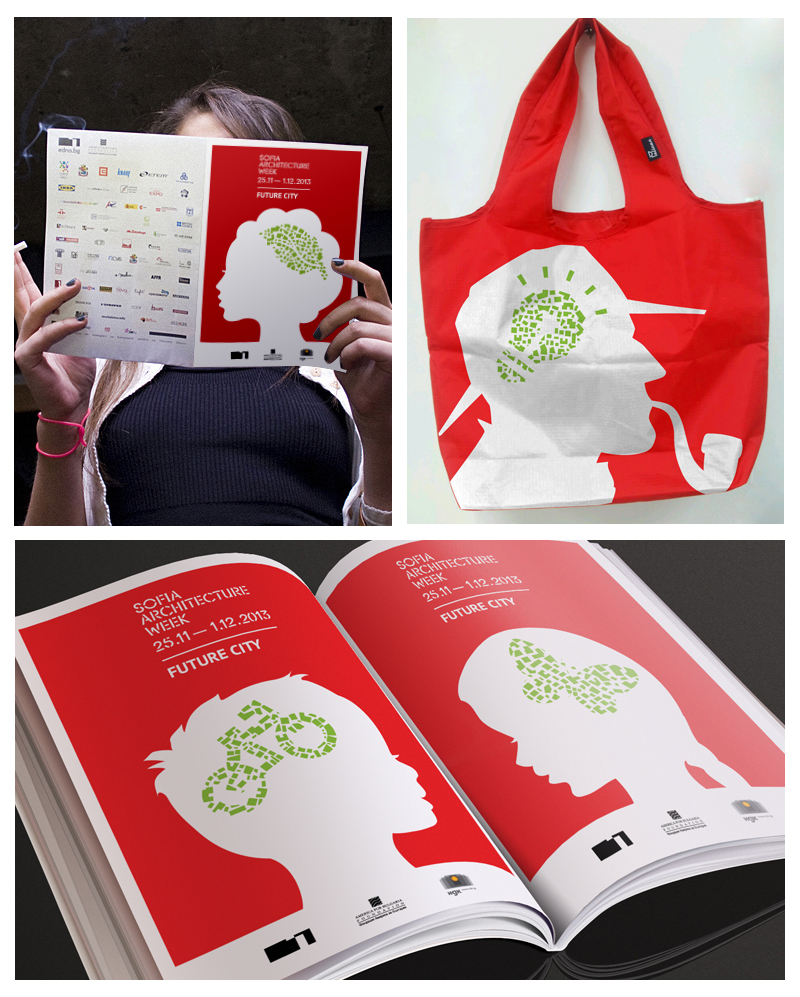 In everyday life, people are faced with these various aspects – entertainment, technology, water, air, transportation and nature. All of these can be adapted to build a city of the future. City without pollution where the people can live full, healthy and long life.